THE BELL TOWER – THE MUSEUM OF VISUAL IDENTITY

The 30-metre high Renaissance bell tower built in 1527 is the crucial element in the recognisable panorama of Vrbnik. According to folklore, it was built from the treasures found in the Frankopan’s castle of Gradec. If you’ve forgotten your wristwatch, listen to the number of times its bell rings, and if you listen more closely, the tone and volume will reveal whether the bell rings for a festive event or reminds us of the passage of life. The belfry leans against a loggia that once lay on pillars, and is today a closed space. The interior of the bell tower was turned into the Museum of Visual Identity in 2000. The Museum and its holdings are the work of the professors and students of the Zagreb Academy of Fine Arts - the class of applied graphics, and it was realised through the interdisciplinary cultural project of the Vrbnik Graphic Academy.
For years students have come to Vrbnik for field work with their mentors and have worked on the programme of graphic design and visual interpretation of the historical and environmental whole of Vrbnik. Their goal was to detect the specific cultural-civilization code of the town and on the basis of that create its global visual identity. Some extremely interesting visual designs resulted from it. 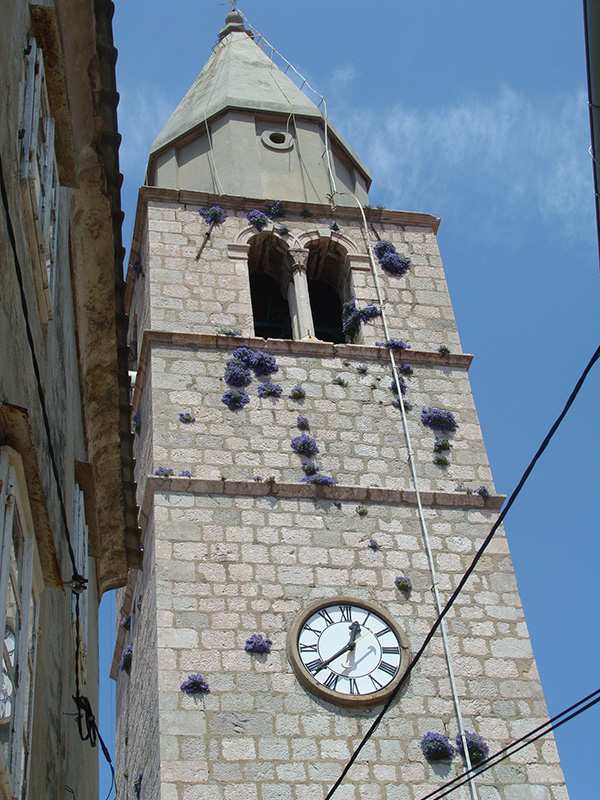