THE RUINS OF THE CHURCH OF SAINT MAURUS

The Church of St Maurus was built in the 11th century in an early Romanesque style and it is one of the oldest churches in this area. Sources say that Count Ivan VII Frankopan handed it over to the people of Vrbnik in 1472, together with the surrounding lands, with the obligation to hold matins there in the time before Christmas. It was used up until the 18th century. According to Vrbnik tradition, and also noted by Vrbnik’s chroniclers Ivan Feretić and Josip Petris, this was once a parish church, around which lived around 40 Frankopan serfs. Archaeological excavations indicate that the settlement existed even during the Antiquity period. The remains of the church are located to the south of Vrbnik, on a hill with a splendid view of Vrbnik and the Podvelebit Canal, as well as the hill of Kostrij where once stood an Illyrian settlement. 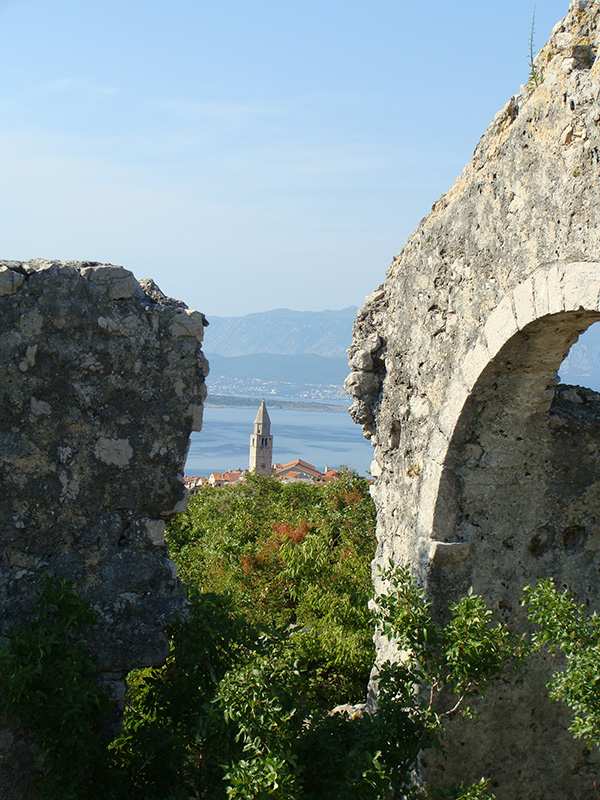