CHURCH OF ST JOHN THE BAPTIST

The Church of St John the Baptist is dedicated to the patron saint of Vrbnik, whose feast day is 24th June, commonly known as Ivanja (St John’s Day). It was built by the first known vicar of Vrbnik Damjan in 1323 as the seat of the Brotherhood of St John the Baptist. The church was upgraded in 1611. The entrance is through the loggia and the church also has a bell tower. The restored altarpiece was mentioned for the first time in the 16th century. It shows the baptism of John the Baptist in the River Jordan, while the Holy Spirit hovers above the Saints head in the form of a dove. Around the main scene there are St Zachariah and St Elizabeth, Our Lady and Child, St Elijah and St Margaret, and above all of them the Eternal Father. Until 1956 the local cemetery was located next to the church, but it was moved to the outskirts of Vrbnik, to a place called Svete Marije dragi. The loggia in front of the church contains the tombs of local priests. Traditionally, the funerals were held in this church in the presence of Kapari and accompanied by the singing of ancient chants. The church is located right next to the new fountain at the square of St John the Baptist. 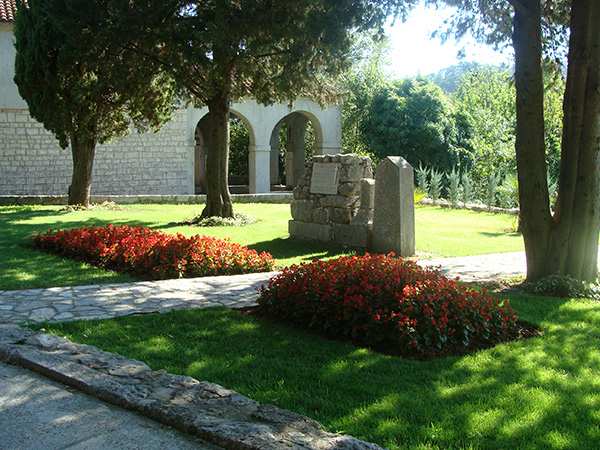 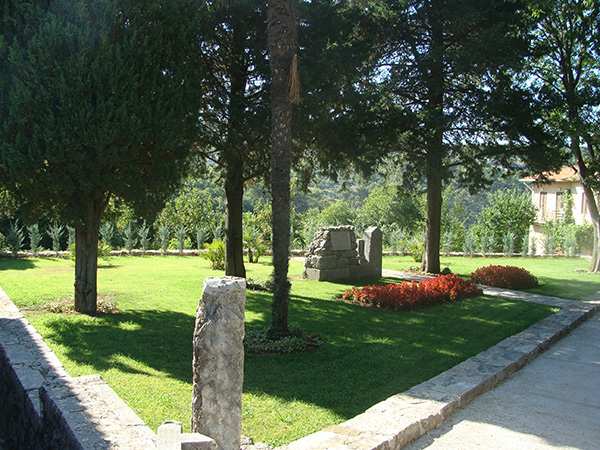