THE RUINS OF ST MARK'S CHURCH

On a small peninsula in the cove of Sveti Marek, above the only sandy beach on the island of Krk there is a church dedicated to St Mark. It is mentioned in the Bishop's Visitation of 1565, but the style of the construction reveals that it is much older. It was probably built at the end of the 12th century and beginning of the 13th century, but it was abandoned in 1790. Archaeologists found ancient traces around the church: Roman graves with jewellery, iron weapons and ceramics, and under the sea they discovered the remains of a villa rustica, indicating that it was inhabited in Roman times. There was also a settlement with a port in this cove after the arrival of Croats. 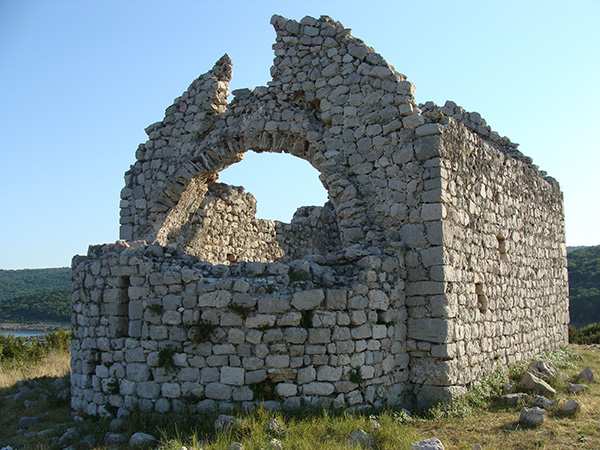 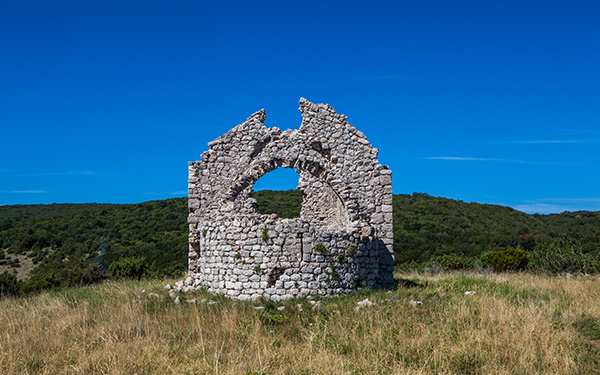